The name ARCUS generates high expectations. It is linked inseparably with SWING and stands for a revolutionary paraglider design, which has given many thousands of paraglider pilots a safe and easy introduction into our captivating sport over a period of nearly 20 years.

The ARCUS RS, with its particular features and stylish appearance, joins this successful low-end B-tradition. Innovative and redesigned, it departs from the well-worn paths of paraglider development and provides completely new impetus for our sport.

The unique new partition system known as RAST now has additional valves, and the ARCUS RS is an impressive example of how it operates.

Launch becomes a completely stress-free experience – thanks to RAST!

The canopy initially inflates at the front along the leading edge, while the rear section of the canopy is still empty. This is characteristic of the RAST system and creates a self-stabilising, reflex-profile.

There are a number of advantages to this:

The self-stabilising profile with RAST in the filling phase on launch. This gives the pilot safety and control even in difficult launch conditions!

Typical for RAST is that, as weight loading increased, the operation of the multi-chamber system during flight intensified.

f the pilot flies actively, then the pressure in the rear section can be increased again by braking, so that resistance increases further even against harmless collapses.

The trailing edge of the ARCUS RS, stabilised with RAST, benefits the pilot in both thermalling and on cross-country flights:

And if you’re ever needing to get down more quickly than up...

…all of the usual rapid descent methods can be easily flown without high G-forces affecting the body in any way.

Design and technical highlights of the ARCUS RS

"Flying different gliders every day in the B,C, D category, I was happy test flying the Arcus RS. The overall handling, and the ability to steer the glider with very good precision into the core is really nice." [...read more at ziadbassil.blogspot.co.at/] 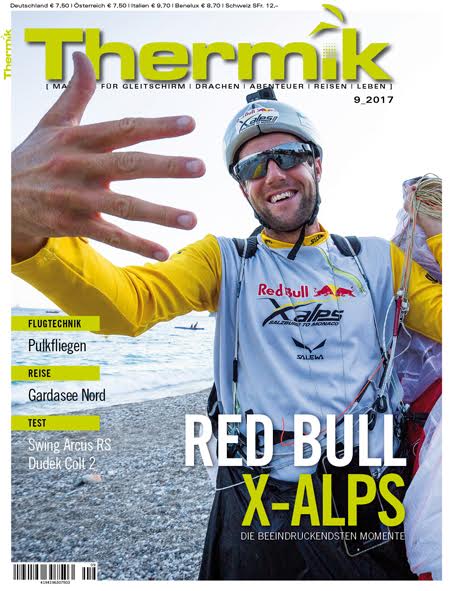 Arcus RS review by the  Thermik-Magazine:

"SWING ARCUS RS - Currently at Swing everything revolves around the RAST partition system. The Arcus RS is the second series glider using this technology. This has made our in-depth individual test even more exciting…" [...read more - download the Article as PDF (31mb) translated by Swing Paragliders]