SWING's freestyle glider for loops, tumbles and other manoeuvres

To design an uncompomising and manoeuvrable glider: this is the goal which Swing's development team was pursuing when working on the freestyle glider SALTO.

Christian Amon, an experienced acro pilot, has extensively tested and optimised the glider. His feedback: the SALTO is a very dynamic freestyle glider which is notable for its above average rotation speed due to its pronounced curvature and low roll damping in manoeuvres such as the helicopter. However, provided the pilot has the necessary skill, it is still easy to control the glider in extreme flying conditions. The design of the SALTO is based on the ASTRAL 4 and it is therefore suitable for acro-beginners too.

Of course, like any other acro glider, the SALTO is suitable only for very experienced pilots. Consequently we want to sell it only to people who demonstrate excellent mastery of their glider and hold the Breitenerprobung ( second stage of the DHV prototype license) .

Load test: The SALTO passed the shock load test using 100kg being subjected to 10 g.
The glider does not have DHV certification.

In general there are two ways to individualise the paraglider,

Here are some facts and information which you may find helpful in finding sponsors or applying for sponsorship.

The delivery time for special colors can vary strongly due to capacity utilization of our production. Please contact your dealer to inquire the respective delivery time. 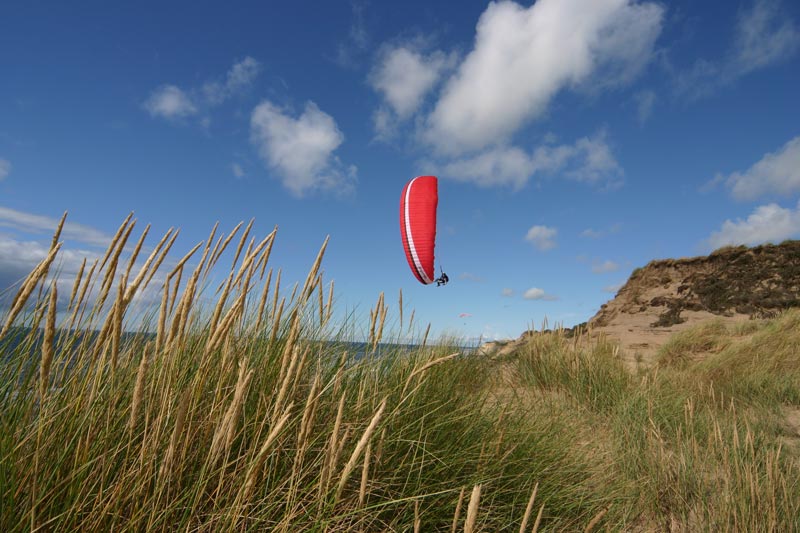